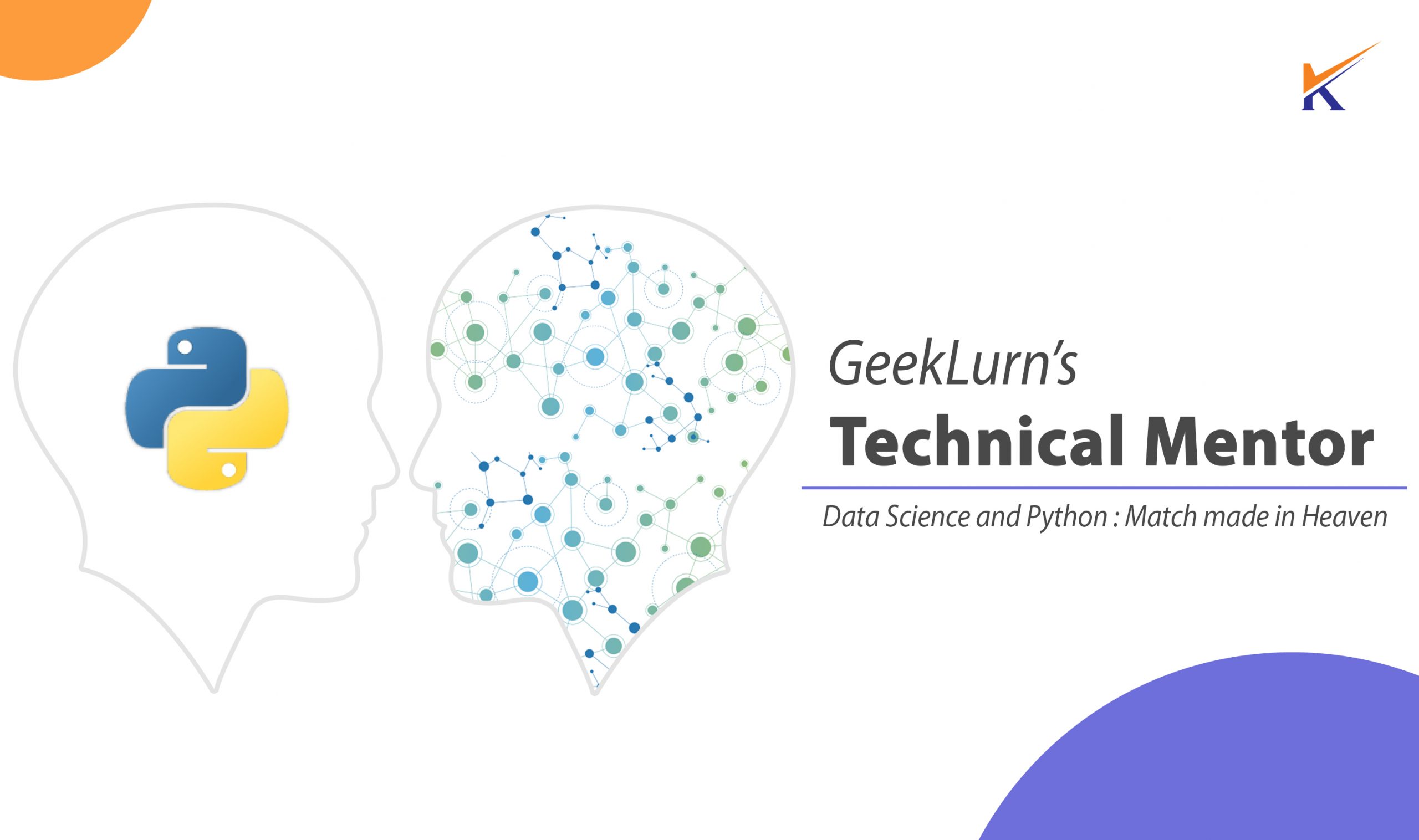 Python, I say, is a language which makes sense without semicolon “;”

I can see a lot of them already in envy. The groom finding ceremony and Python won the hands of Data science again. Yes, pair of worthiness together, and they have complemented their way out of language barriers.

When they ask you, Do you want to be a Data Scientist, Python coder in you smiles behind the veils? Binary of Python gets complemented with Data Science. If you are planning to take a Data science course, it is subjuga-tory to know Python, and if any way it’s not in your checklist yet, it is advisable to take Data Science and Python certification in a stack.

So what makes Python stand out of all to create a place in the data science world. “Easy makes things breezy.” Python is a lot more easier to comprehend than the counterparts due to its easy readability and language friendliness. IEEE Spectrum has acknowledged Python to be on the top of the frame list.

let us see what it exactly mean,

Competing on the basis of number of lines of codes, Indeed R and Python are the clear winners. But at the end of the day, Python takes away the trophy with a minimal margin.

Python is suitable for new programmers to rejump to new programs when they need help.

Advantage of Python over other languages.

Python data structure is built-in and posses faster run time. Other languages follow static-typing but Python uses dynamic typing, and we can reuse variables (reassign variables) to different data types. This makes Python flexible in assigning data types. Objects in Python have built-in methods, and these methods themselves are essential functions.

Python has easy to learn the syntax and convenient segregation. For the mapping of strong objects, a dictionary uses a key-value pair. This key-value pair allows the user to grab objects without needing to know the index location quickly.

“Python package index” PYPI.  Few modules come with standard modules pre-installed. But they are not universal providers. You may need to develop a program at some point in time, which will be beyond regular python usage. There comes the need for the third module. You can outsource a few modules which have been created earlier to solve for a problem you are encountering now. You have to be careful about the authenticity though.

Python is an OSI approved open source licensed programing language. It is viable for free use and distribution and can be used commercially.

NumPy stands for Numerical Python. It contains an n-dimensional array object which is used for scientific computing. It is also used in linear algebra and random number capability.NumPy arrays can be initialized by nested python lists to access its element. NumPy is used instead of the conventional list because it is fast, convenient, and occupies less space.

SciPy is a scientific computing library which contains a highly manipulating command to maintain and visualise data. It helps in mathematical module optimisation like integration, linear algebra, signal processing, image processing, and fast Fourier transforms. The availability of this software is free and is open source.

Panda libraries provide a lot of functions to operate on mathematical modules like series, average, sum, concatenate, and order by. Panda libraries are the most suitable for database executions.

It leverages support for machine learning algorithms. It is forever compatible with other python modules like pandas, NumPy, and SciPy. Many machine learning modules can be implemented with its functionalities like Regressions, SVM (Support vector machines), and clustering. It builds functionality to curate data accuracy to the maximum.

StatsModel handles all the data statistics. It helps a data engineer to execute data exploration, analyse statistical models, and build test upon the statistical analysis. An extensive length of statistic models, plotting functions are available on the statsModels.

Python makes avail of libraries for data visualisation like matplotlib and Seabourn.

The exploration of data and the following statistical analysis demands for a data interpretation and visualization. How do you see what has happened? There matplotlib comes to picture which maps and reflects data statistic into pictures in the form of 2d and 3d graphs. matplotlib library is used to create figures like bar graphs, Histograms, bar charts, pie charts, scatter plots, and box plots. matplotlib gets integrated with pandas to execute data visualization more quickly.

Seabourn is a tributary of matplotlib, which is built above it to create some superlative plot types. It adds to the edginess and sharp features to already built matplotlib plots.

Heatmap is a kind of visualization that can be created with Seabourn with just one line of code.

The Power of IDE (Integrated development editor) for Data Scientists:

IDE is a magical organizer for Data Scientists. It has changed the way python coders run codes in the documentation and with live output. Code can be written in multiple languages such as R and Scala and which maks the workflow efficiently. Jupyter app creates a notebook environment that contains both code and rich texts like paragram, equations, and links.

TensorFlow and Theano have helped Data Scientist to build an artificial neural network. Did you see it? Python has nuggets for every hierarchy of Data Science. The feasibility, efficiency, performance and accessibility of Python has made it outweighs other algorithm to catch an eye.

Data at your doorstep: Know how your favourite apps are reaching you through Data Science.